Entry-Level IT Employees In High-Demand

ComputerWorld.com recently released its list of the fastest growing IT jobs. Reportedly, IT employment increased in every occupation and industry in 2015, with the exception of the oil and gas industry, where employment fell about 4% due to falling oil prices. Industries including retail, health, manufacturing, and finance all saw an uptick in the number of jobs. So while the general IT headcount expanded broadly within the past year, some occupations did better than others. 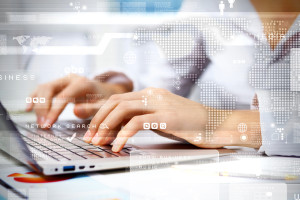 Overall, IT employment increased 3.1%, or by 152,000 jobs in 2015, according to a new analysis of government data released just last week by industry group CompTIA. Below are last year’s top fastest-growing IT jobs.

CompTIA reported that across all industries, last year’s IT job growth rate was the highest it’s been in a decade.

Due to the fast growth of these jobs, IT employees are in high demand. CompTIA says that the industry is in specific need of IT support specialists. The field continues to be a growth area, and is often an entry position for people in IT – ideal for recent college graduates.

According to the BLS, employment of computer and information technology occupations is projected to grow 12 percent from 2014 to 2024, faster than the average for all occupations. Over this time period, 488,500 new jobs are expected to be added, from 3.9 million jobs to about 4.4 million jobs from 2014 to 2024. This growth in IT occupations is due to a greater emphasis on cloud computing, the collection and storage of big data, more everyday items becoming connected to the Internet in what is commonly referred to as the “Internet of things,” and the continued demand for mobile computing. 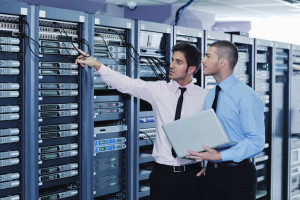 In May 2014, the median annual wage for computer and information technology occupations was $79,390 – this is higher than the median yearly wage of $35,540 for all occupations.

For most IT careers, an Associates or Bachelor’s degree is required or preferred. National American University (NAU) offers both on-campus and online information technology degrees, focusing on the areas of networking, databases and programming, as well as programs for specialized skills in the areas you need to meet the challenges of today’s organizations. NAU offers the following IT degree programs (program offerings vary by location):

One of the most popular occupations is web developer. Web developers are responsible for creating and designing websites. Aside from the look of the site, they are also in charge of the site’s technical aspects such as performance, capacity, and speed. Another career path is software development; software developers act as the creative minds behind computer programs, developing applications and underlying systems, while computer programmers write and test code that allows computer applications and software programs to function properly. If you’re detail-oriented and enjoy working with technology, a career in IT might be right for you.

Contact NAU today to learn more about our on-campus and online IT degree programs.