NAU Employee To Pay it Forward in Alaska

NAU employee, Derek Leivestad, spends more time in the air than at a desk for his job with NAU. He’s one of three pilots that help ferry NAU’s leadership and staff to the university’s more than 30 locations across the Midwest. 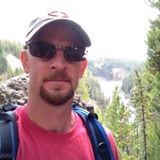 This coming June, however, Derek will be boarding a plane to Alaska as a passenger, not the pilot.

For one week beginning June 11, Derek and his father, Dave, are joining several others affiliated with the Plymouth Covenant Church in Plymouth, MN on a volunteer service mission to help the Alaska Christian College (ACC) in Soldotna, Alaska. Participants will be helping to finish a two-story, ten car garage and storage building that was started last year, as well as helping with maintenance projects such as painting, repairing and carpentry.

ACC supports Alaska Natives seeking a culturally-sensitive, Christian-based college education. Although this is Derek’s first trip to Alaska, the work itself does not intimidate him.

“When I was in the military, we moved around a lot,” said Derek, who retired two years ago after 20 years in the Air Force. “So, I’ve handled my fair share of home improvement projects.”

Derek is thrilled to be able to experience this trip with his father. “I was always helping my dad build stuff,” said Derek. “My earliest memory of a major project was when I was about 14. We renovated our basement and added a new room that became my space. I had my bedroom and a living room down there.” 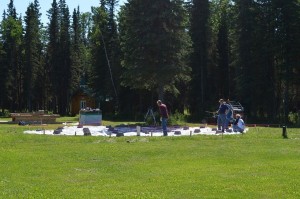 “I’m really looking forward to this time with my dad,” said Derek. Derek is also grateful to NAU for its Humanitarian Leave Program, which allows for 40 hours of paid leave for each campus for employees to participate in approved service projects. A portion of the time off Derek needed for his trip to Alaska will be covered using the university’s humanitarian leave program.

“ACC receives a lot of support from churches around the country, each taking one-week shifts throughout the Alaska summer,” said Derek. “Last year, these volunteers built an amazing yurt and started the building we’ll be helping to finish this year, among other projects. I’m delighted to be able to be a small part of this annual and ongoing tradition of giving back.” 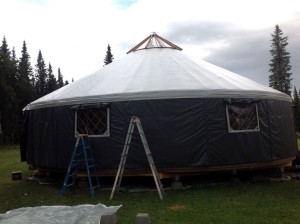