Jason Churchill spent 20 years in the U.S. Air Force, retiring August 1, 2011. He spent much of this time working on nuclear weapons, but recognized early on that these skills would not be marketable as a civilian. 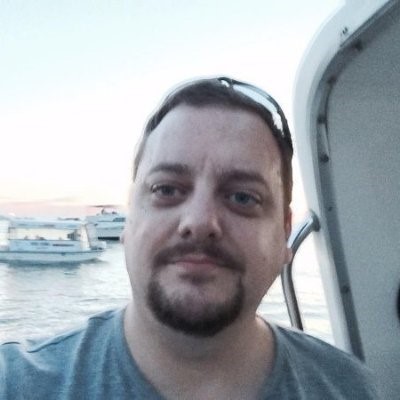 “I knew I couldn’t make much of a living on the outside without a degree,” said Jason.

So, about 10 years ago he began taking courses at colleges near where he was stationed – Spokane, Washington and Minot, North Dakota – but eventually ended up at NAU.

“I felt NAU’s Bachelor of Science in Information Technology, with an emphasis on internet systems development, was something I really wanted to pursue,” explained Jason. “NAU offered the best technology programs I could find. I liked its ‘techie’ focus. I liked how we got beyond the basics and really experienced the technical side of IT.”

Jason took his time, taking courses when he could while still in the Air Force. Once he retired, he committed to his degree.

“I started hitting the course load a lot heavier and graduated in 2014.”

Jason decided he wanted to take his IT education further. He enrolled at Champlain College in Vermont and just recently finished his Master’s of Science in Digital Forensic Science. He’ll earn his Master’s degree in August.

In addition to advancing his education, Jason volunteers his time at a local mediation center where he sits as a current board member and serves as their “in-house IT guy.” He also volunteers with Michigan Paranormal Research Organization (MiPRO), designing and managing its website. MiPRO conducts paranormal investigations pro bono for local businesses and residents when they feel something “strange in the neighborhood.”

“We make no claims as to the authenticity and legitimacy of paranormal entities,” said Jason, “But, we have definitely come across some rather unusual stuff in our investigations.”

Jason credits NAU for stoking his ambition to be intellectually challenged and allowing for a fresh start following his retirement from the military.

“Without NAU, I would probably be stuck in some boring ‘non-techie’ career that didn’t let me think outside the box much.”