So, in 1948, when Clarence Jacobson visited her high school to share information about National School of Business (NSB) in Rapid City, about 2 hours southwest of Dupree, Evelyn was hooked. She saw the opportunity to make a career out of something she already enjoyed and was good at.

Joined by her good friend, Wanda Vance Dexheimer, the pair headed off to college.

“Wanda and I were good friends throughout her lifetime. Sadly, she passed away just about a month ago,” shared Evelyn. 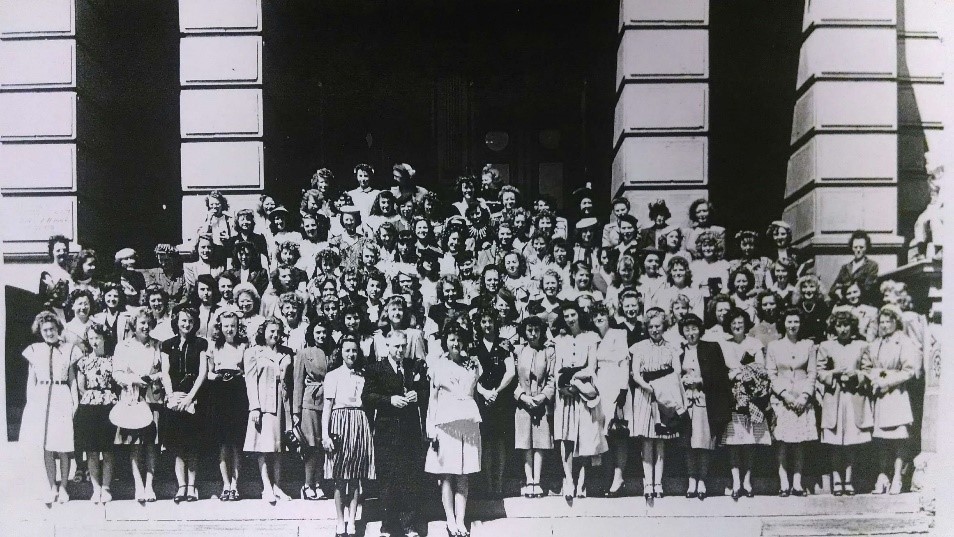 After graduating from NSB with a Senior Secretarial Degree, Evelyn took a job as a secretary at Dusek’s furniture. Both Fred and Viola Dusek worked full time and each had their own secretary. There was also a bookkeeper and about five employees working in the custom drapery and upholstery department.

The store, located in an L-shaped building that was originally built Fred Dusek in 1938, was later owned by Mr. Jacobson. In addition to the furniture store, the building included apartments, some of which were rented by NSB students.

“I worked basically for Viola,” said Evelyn. “I worked at Dusek’s until returning to Dupree to be closer to my parents when my only brother joined the service.”

Back in Dupree, she accepted a position with Ziebach County Abstract Co. This was a different line of work for Evelyn. She had to learn land descriptions, such as sections, quarters, and forties. She also worked with abstracts. 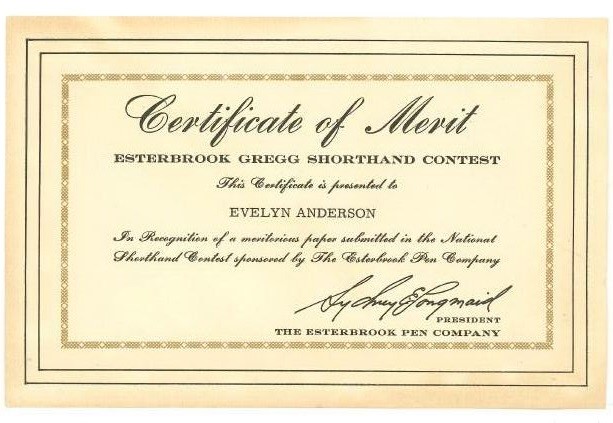 “My boss came from Iowa and did not type. So I was in charge of a lot of clerical duties,” said Evelyn. “An abstract is a legal document showing all of the transactions on that particular real estate from its beginning until present day. There were many pages, which I typed on an electric typewriter. This was a slow process compared to modern day technology, but I enjoyed it.”

“I also did some typing for others, wrote letters, and other duties, including for Kerr-McGee Oil which was in the area at the time leasing land for oil,” she added.

About this time she met a “handsome cowboy,” Ronald Beirman of Isabel, South Dakota. They were married in 1954 and had three children. They settled on land Ronald’s father homesteaded, in Isabel, where, 62 years later they remain today on a road – Bierman Place – that bears their name. They still have cattle and some ranch horses.

Ranching keeps them busy. “I still do some filing and bookkeeping for our business,” said Evelyn, whose NSB degree is still put to good use 70 years later. 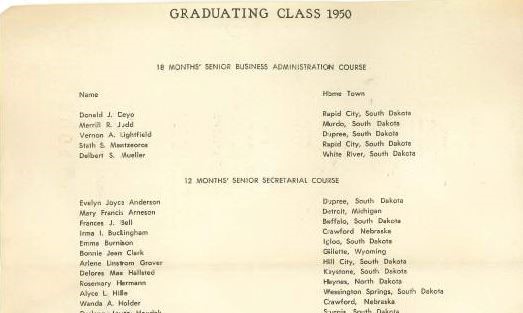