Sgt. Cortez was selected from among several applicants. Eligible students were enrolled in NAU’s College of Legal Studies and pursuing criminal justice degrees. They were judged on academic achievement, financial need and an essay relating to their career goals.

Originally from the Philippines, Sgt. Cortez immigrated with his family to the United States at the age of three. He struggled to adjust, experiencing difficulty with the language and being teased for looking different.

Things improved for Sgt Cortez after moving with his family from Queens, New York to Lakeland, Florida. He excelled at high school, graduating in the top 15% of his class and receiving a full Reserve Officers’ Training Corps (ROTC) scholarship to attend Florida Southern College.

“Unfortunately, I was not mature enough to recognize what a gift my scholarship was at that time,” remarked Sgt. Cortez. “Being on my own for the first time, I was enjoying college night life too much and my grades suffered.”

After losing his scholarship, he turned to the military to “straighten up my life.” 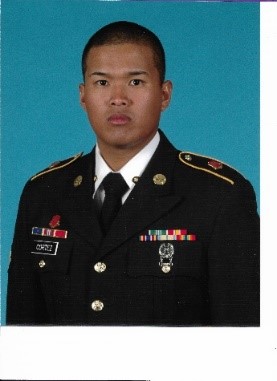 Sgt. Cortez is now the section chief in an artillery unit who has been deployed to Iraq. In 2016 he enrolled at NAU to pursue a criminal justice degree, taking advantage of flexible scheduling.

This scholarship is being offered in memory of David Donnelly, a NAU alumnus who earned his Bachelor of Science Degree in Criminal Justice and was one credit shy of his Master’s degree.

David lost his battle with cancer in October 2016, leaving behind a wife and three children. A veteran, David was a Sergeant in the U .S. Army and, at the time of his passing, a police officer for the Department of Air Force. He had hoped to one day teach criminal justices courses at NAU.

“A scholarship which aims to reward an exceptional NAU criminal justice student is a fitting tribute to David’s service to our country and his connection to NAU,” said Tamie Hopp, NAU’s director of alumni and foundation services. “Sgt. Cortez, who is a solder and an exceptional criminal justice student, exemplifies so well the purpose of this scholarship – to create a lasting legacy in David’s memory.”

“Dave loved the professors and spoke often of his goal – to teach criminal justices courses with NAU,” said Becky Donnelly, David’s wife. “Our family is honored to have a scholarship in his name and I know he would be proud.” 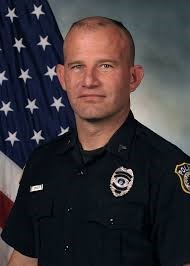 “I am so grateful to Sgt. Donnelly’s family for their blessings for this scholarship,” said Sgt. Cortez upon learning he had been selected. “I went back to school for my family, not only for my wife and daughter, but also for my father. He pushed me to do my best, and was proud of everything I did. He passed away this past summer after open-heart surgery.”

Ultimately, Sgt. Cortez hopes to be an immigration service officer for the United States Citizenship and Immigration Services (USCIS), drawing on his experience as an immigrant and wanting to be in a position to help people.

“NAU has given me a chance to pursue this dream and a second chance at college.”