“I’m living proof. I’m not talented and until I learned how to conquer limiting beliefs I had not done anything remarkable in my life,” shared Brown. “And then I competed in the Ironman World Championships.”

Prior to achieving her Bachelor of Science in Applied Management from NAU in 2001, Karen leveraged an Associate’s degree and subsequent management and leadership training to work her way up to an Executive in a commercial real estate firm.

“For over 14 years, I was doing fine. I was given leadership opportunities and it was through these opportunities that I realized how much I liked bringing out the best in other people,” said Karen. “I was coaching before anyone called it that.” 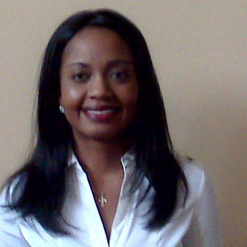 Karen was comfortable and not really seeking change until one sleepless night.

“I was lying awake and just feeling restless,” said Karen. “It was completely out-of-the-blue. I really had to step outside of myself to figure out what I was wrestling with. I came to the realization that I needed to further my education. I needed a Bachelor’s degree. It was not something I had yearned to do before or that I was honestly very excited about. But I just knew that my experience alone at that point was limiting me. I needed more education, I needed a degree.”

Her employer at the time was supportive and NAU, based on its degree offerings and flexible schedule, was the best fit.

“It really was a great experience,” said Karen. “NAU faculty was amazing. It was a great fit.”

Achieving her Bachelor’s degree also opened Karen’s eyes to perceived limits that she – or others in her life – had placed on herself her entire career.

“I was accomplishing things, but they were always the ‘sure bet;’ things I knew I could do,” said Karen.

Then, in 2010, Karen reconnected with her inner 14-year-old self and dusted off a 28-year-old dream: Competing in the Ironman World Championships.

The Ironman World Championships are held in Kona, Hawaii every year. The 140.6 total mile competition includes a 2.4-mile swim, a 112-mile bike, and a 26.2-mile run. Competitors earn a spot by securing qualified times in sanctioned competitions leading up to the World Championships. Some say it’s the toughest race in the world; every year 90,000 athletes try out for 2,000 coveted spots to compete.

“If I was being logical, it was really a crazy dream,” said Karen. “I was a recreational runner and mountain biker only. I was not a swimmer and had no experience on with a bike on a road. I was not a world class athlete. Yet, I couldn’t shake feeling deep inside that I could do this and that the only one holding myself back was me.”

People close to her were not so sure.

“Some of my fellow athletes were not supportive. My husband at the time was not supportive,” said Karen. “I not only had to get out of my own way, but also block out the naysayers.”

So, in 2010, at 42 years old, she started the 2-year process for training for the Ironman World Championships. She hired a coach, and step-by-step prepared her body and her mind for the greatest challenge of her life.

“When I first started training, I really focused on becoming physically able to qualify and compete. I figured that my success hinged on 90% physical ability and 10% mental,” said Karen. “In fact, I learned it is exactly the opposite. 90% of the success of any athlete is mental. I just needed to visualize what was possible.”

Once she figured this out, her incredible passion, determination and perseverance got her to Ironman and, quite literally, across the finish line.

For most, competing in the Ironman might be considered the achievement of a lifetime.

For Karen, it was just the beginning.

“As I was training for Ironman, I made so many great connections and not just with other athletes,” said Karen. “I found that people were interested in my story. I really was just this average person who was taking on Ironman. People found that inspiring. 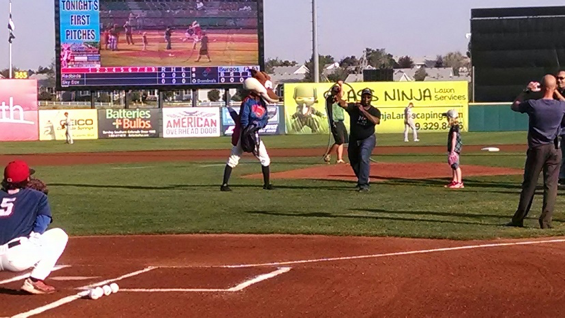 So, in 2012, the same year she competed in the Ironman World Championships, she founded Divine Potential, which offers one-on-one business psychology coaching and motivational speaking to help individuals live to their potential, and wrote her first book, Journey to Kona: A path to true potential.

“My experience leading up to Kona taught me so much. I find great joy in sharing and helping others expand beyond their own perceived limitations,” said Karen. “Through motivational speaking, books, and high-level coaching, we are able to maximize the number of people I can reach and help.”

“I’m always seeking new ways to reach people and make a difference, so being invited to speak at NAU’s graduation ceremony recently was a real honor,” added Karen. “I had a real connection to these graduates. That was me 16 years ago! I know how hard they worked for their degrees and I know their potential – my hope is that my presentation helped them see their own potential.”

Karen practices what she preaches, which is what makes her advice so compelling and her coaching so effective. While the Ironman World Championships absolutely represented a turning point in her own mindset, that achievement was more akin to an open door than a pinnacle. She now competes as a world class ultra-endurance athlete, competing in triathlons around the world, including the 2014 Ultraman World Championships in Kona, a 320-mile, 3-day triathlon. And currently pursuing the Ultra Trail Mont Blanc, a 105 mile trail race through the Alps of Europe.

“Being a coach, motivational speaker, and author allows me to make a difference,” said Karen. “My entire career has been about helping others conquer limiting beliefs and realize their greatest potential. I’ve done OK, but accomplishment is short and fleeting. What I really love is the journey and those connections I make along the way.”

Karen’s second book, “Unlimiting Your Beliefs, 7 Keys to Greater Personal and Professional Success,” is due out in January 2018, with advance copies available in mid-August 2017 from unlimitingyourbeliefs.com  In it she shares 7 keys to success – those lessons learned along her journey to overcoming perceived limitations – which everyone can apply. 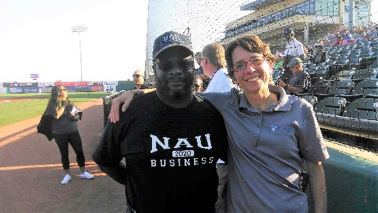 “As I reflected on how I got to be where I am today and, more importantly, where I want to go – I’m still dreaming! – I realized there is a formula I’m following,” said Karen. “The specifics will be different for each individual but the basic pathway to our greatest potential has road signs. Do whatever it takes and keep going.”

“It took me 30 years to realize my dream and open the gateway to the life I was meant to live. You are going to have breakdowns and setbacks,” she added. “It’s in those moments you learn, grow and progress the most. Embrace them and get back up when you get knocked down.”

To learn more about Karen’s journey and her tips on unlocking your potential, visit www.mydivinepotential.com. 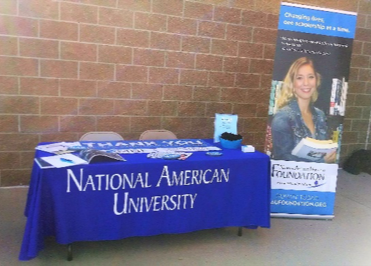